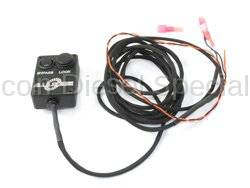 Control your torque converter from the palm of your hand with the AlliLocker™ from Fleece Performance Engineering.
The AlliLocker™ is 100% code free* when used on the track and allows you to bypass the TCM to lock/unlock the torque converter on demand. Turn the bypass switch off, and the TCM regains control of the torque converter clutch.
*The AlliLocker is NOT desinged to be used on public roadways. If used on public roadways, the AlliLocker may set a DTC causing a range shift inhibit. This can typically be cleared by a key cycle. When used on the sled pull or drag race track, where there is only one lock event, the AlliLocker will not cause a range shift inhibit.
The Allilocker™ operation is simple. Leave it in normal mode until you want control of the torque converter clutch (TCC). When you engage bypass mode (left rocker switch) the TCC is completely controlled by the pushbutton on the right (it is a latching pushbutton). If you press it down it locks the TCC and stays locked until you push it again which raises the switch back to the open/unlocked position. 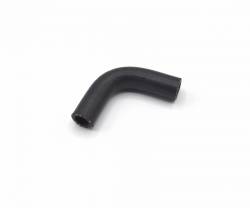 Be the first to know about exclusive deals and sales events!

You can now shop on a tablet or phone