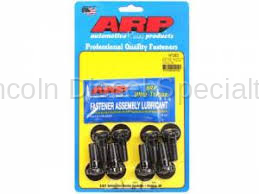 Kit includes a set of eight 8740 Pro Series flywheel bolts that are rated at 200,000 psi and a set of eight parallel ground chamfered washers that replace the factory Dodge bolt and washer.

Be the first to know about exclusive deals and sales events!

You can now shop on a tablet or phone